German artist Sarah Gosdschan has prepared a site-specific installation for the upper terrace of the Museum of North Bohemia in Liberec. The active “players” in the installation are the elements, especially the air and the wind. The artist focuses on installations, often using discovered packaging and natural materials, as well as newspaper clippings and pictures from the history of art. Viewers in Bohemia had the chance to take in her work at the exhibition Within Reach / Contemporary Art From Dresden, which was held in the Plzeň Municipal Gallery this year. 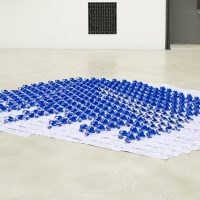 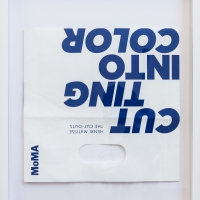 Sequence of the Immediacy of the Moment

Daniel Hanzlík’s site-specific installation elaborates on the relationship of time and film temporality to the environment and the moment of self-reflection. The object, derived from a cinematographic film strip, takes on the parameters of the standard frequency of 24 frames per second. However, the given value for the capture and projection of the picture in relation to the site of the installation loses its validity, because the experienced proportion of time does not correspond to its standard pace. The reflected presence of the moment is dependent on its subjective experience, in which the moment of contemplation and slowing-down of the reached meditation is accentuated in an environment of sacral architecture. We join the individual images into the sequence of the actual story by following mirror fields in the object. The reflection is an image of the illusion of reality, a glimpsed fragment of the apparent whole. Therefore, the object can be perceived more as an illusory peephole into our projected imagination than a mediating and recording medium of the observed reality. 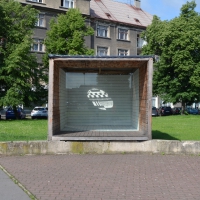 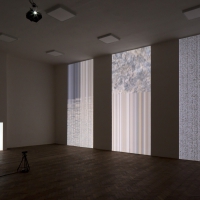 Hana Kostruchová’s light installation “Tension” directly responds to the space of the Liberec air-raid shelter, which is a place with an immanent feeling of tension and insecurity. The artist draws inspiration from these feelings and works with them through the measure of light intensity, which effectively stimulates these senses. One of the main motives behind her work is the enrichment of the viewer’s experience and the awakening of a new sensibility. 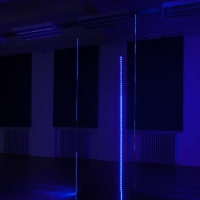 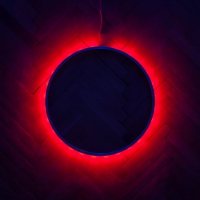 As part of the festival of contemporary art, Christian Juan Page will be presenting his extruded relief paintings. The initial thought is based on precision work with paint, where the author extrudes oil paints through a very coarse canvas. The paint passes from the reverse side of the canvas to the front side, and the structure of the canvas thus predetermines its form. The result is an abstract and striking impasto composition. Page tests possibilities and limits in the spirit of a contemporary painting. 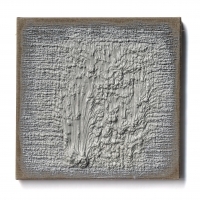 video, 20 minutes, 2011
unsuitable for persons under eighteen years of age

Mark Ther deals with human identity – he often touches on taboo topics from everyday life as well as history (displacement of the Germans, Sudeten German culture and queer issues). At the former Varšava Cinema, viewers will be able to see the twenty-minute art film Das wandernde Sternlein (The Wandering Star), which elaborates on issues connected with children lost in the forest of the former Sudetenland. Mark Ther won the Jindřich Chalupecký prize in 2011 for his film about the sexual abuse of a child. 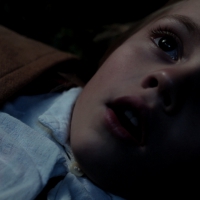 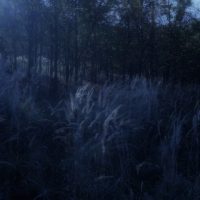